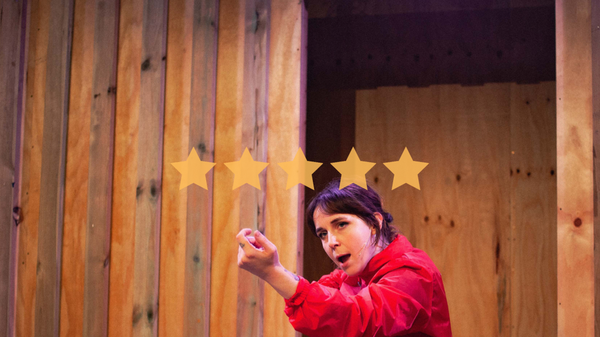 ‘Rainer’ Is A Love Letter To Grimy, Glorious London: Review

Key worker. It’s a phrase we’ve heard a lot of over the last twenty months. Peaking in search results in early March 2020, it took the eruption of a global pandemic for Great Britain to acknowledge the underpaid and undervalued angels on the front line. Rainer is a love letter to these essential operators—who stitch us up, ferry us around, and bring us reinforcements when we’re too hungover to move. In this 70-minute play, powerhouse Sorcha Kennedy is the titular Rainer. 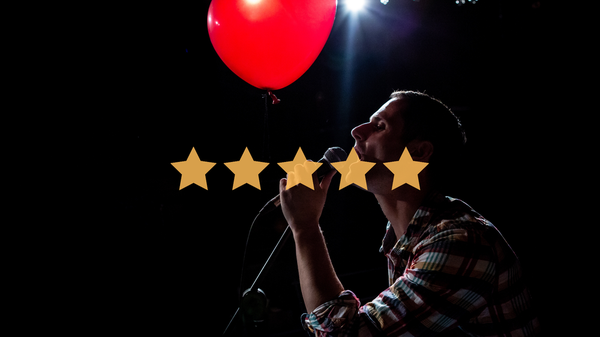 'CANDY' Is A Raw Exploration Of Love And Identity: Review

It is a question that has divided opinion since the age of Ancient Greece: do you believe in love at first sight? Those amorous civilians fell head over heels with the notion that one glance is enough to be beguiled by one another. It is a well-known phenomenon that has been explored throughout popular culture, from Shakespeare’s plays to reality television shows. As told in Tim Fraser’s short play CANDY, Will (Michael Waller) has never believed in love at first sight. Reading Romeo and Juliet 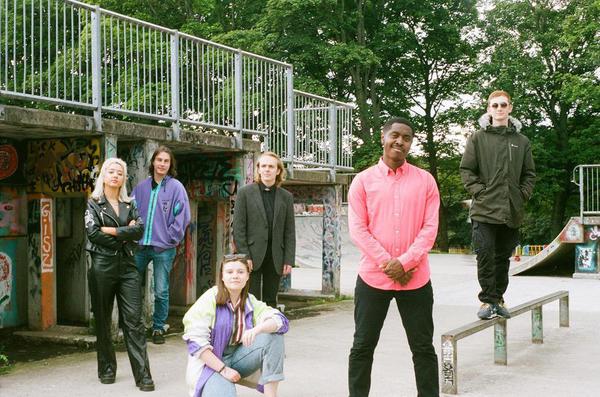 '90s Kids Only' Is A Bizarre Trip Down Memory Lane: Review

It was the decade of Britpop, Beanie Babies, and Blockbuster (RIP). 90s Kids Only begins to the tune of Nirvana’s ‘Come As You Are’. The song, aptly released exactly 20 years ago, features juxtaposing lyrics which perfectly describe the surreal plot of this production from Laurentz Valdes-Lea and Spike Woodley. As self-assured Ozzy (Ejiro Imiruaye) strolls in to the sound of Kurt Cobain, the audience is instantly transported back to the 1990s. Ozzy has a resolute answer to the impossible quest 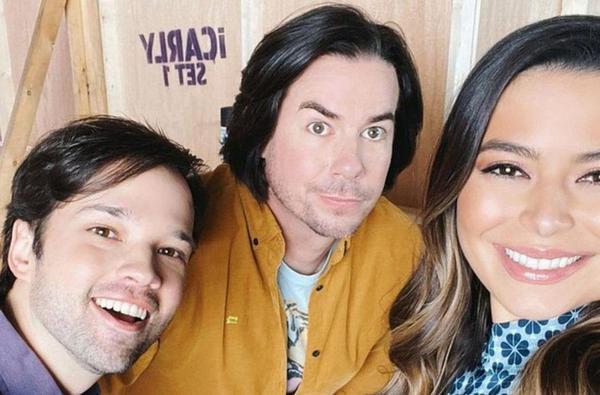 Don your bucket hats and your mini backpacks because some of the most iconic shows of the last two decades are returning. 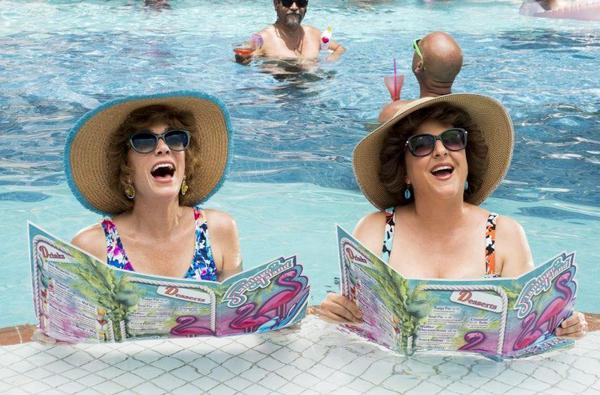 Barb and Star Go to Vista Del Mar is a pastel action pastiche and an absolute riot from start to finish. The film begins like a scene from The Florida Project as a palette of pale candy colours fill the screen, only to be layered with the dulcet tones of the Bee Gees and Barbra Streisand’s ‘Guilty’. 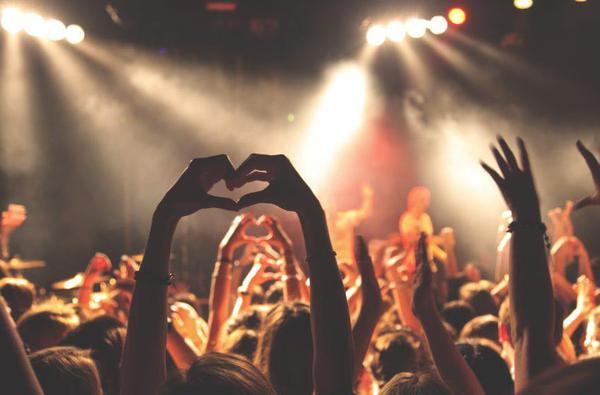 A Love Letter To Live Music

The DJ’s pounding bass shakes the cobbled streets under the cold Midlands sky. Thick clouds of smoke billow from the city’s honest industries and borrowed ciggies. Wednesday evening is Pink Friday as thousands of fans snake along Birmingham’s narrow streets. The atmosphere abuzz with the realisation that global rap star Nicki Minaj is breathing this same hazy air. 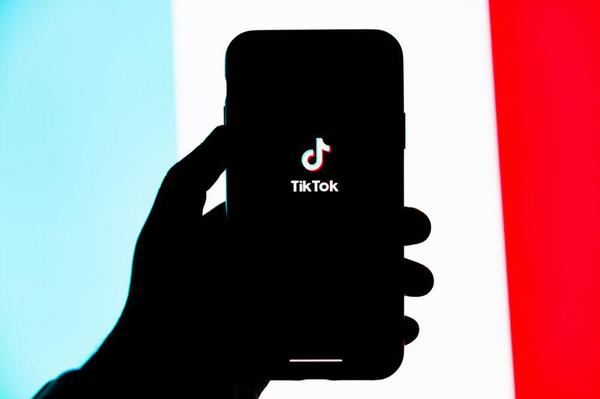 TikTok, On The Clock: The Education Don’t Stop

Put a finger down if, as an adult in their mid-late twenties, you scoffed at the idea of tweens prancing around on TikTok and swore you would not be seen dead downloading it. Then the UK went into lockdown in March and you spent 8 hours a day watching the latest viral videos. Oh wait, that’s me… 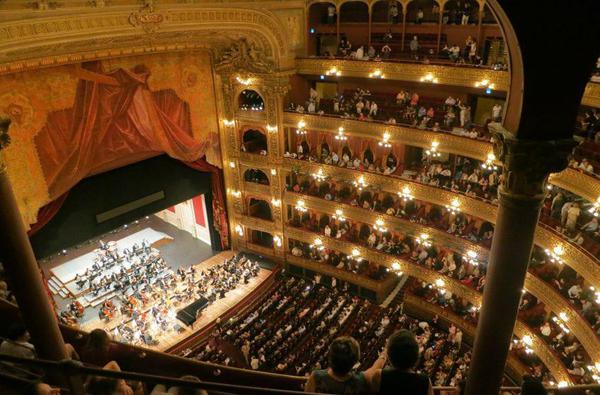 The pleasure of a trip to the theatre, with its limited tickets and overpriced ice-creams, is often an expensive hobby that leaves working-class communities behind. This exclusivity is not helped by the fact that, over the last decade, the arts have been consistently neglected on a national level. 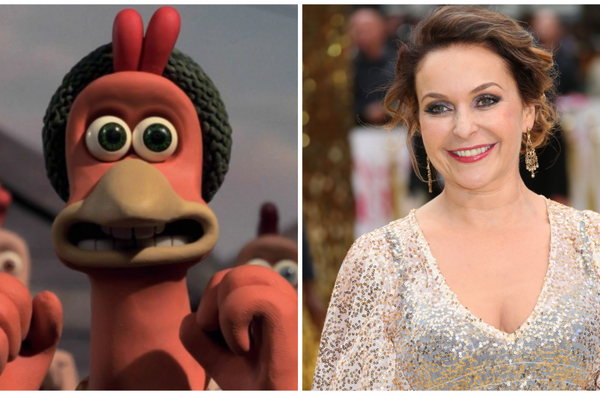 It seems that it is not only Hollywood that is obsessed with younger, newer, shinier. The battle against ageism is alive and well in the British film industry, as Julia Sawalha shared on Twitter last weekend. The actress, 51, will be recast as Ginger in the upcoming Aardman-Netflix Chicken Run sequel because her voice, familiar to 90s kids everywhere thanks to the plucky hen, sounds “too old.” 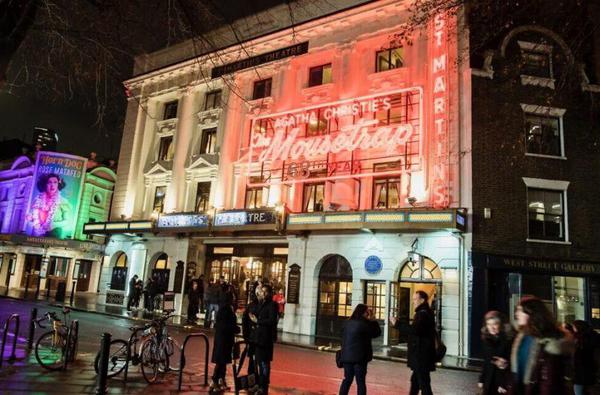 After what has been a tough few months for theatre, there is light at the end of the tunnel. The longest-running show in the world, Agatha Christie’s The Mousetrap, has announced it will be running once again from 23rd October 2020. 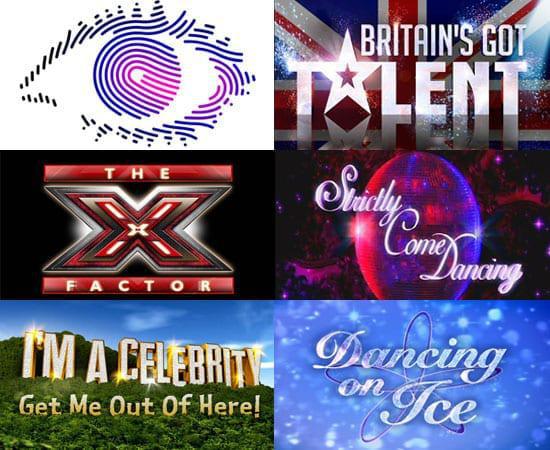 Love (Island) In The Time of Corona: The Pandemic versus Reality TV

For the past few years, June has been synonymous with toned, tanned young singles mingling in a Mallorca villa competing for love and a tidy cash prize. This year, thanks to the current pandemic, reality looks pretty different. Still, at least that defers the new influx of discounts on charcoal toothpaste for another 12 months. 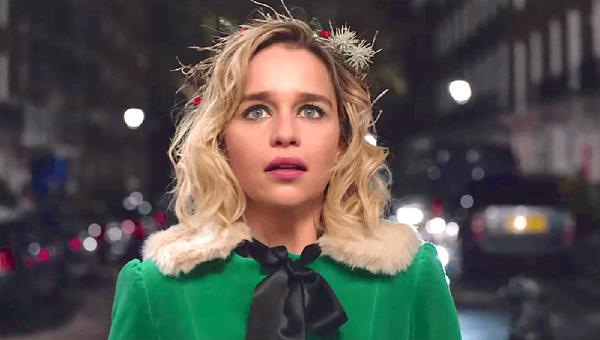 'Last Christmas': the festive feelgood film you need this year

From director Paul Feig, the brains behind comedy smash Bridesmaids, comes a new festive film that captures the essence of the holidays and steals your heart. It is warming, charming, and as camp as the season itself. 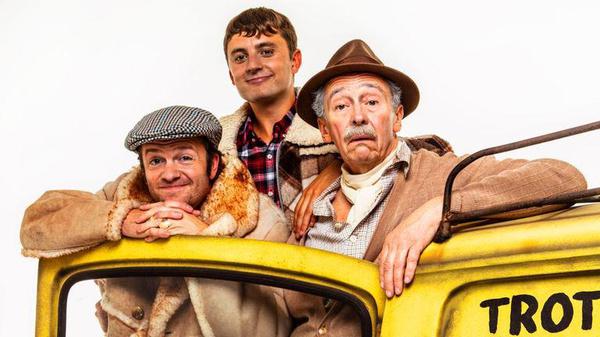 Only Fools and Horses The Musical: a lovely jubbly treat for any comedy fan

For 38 years, one wheeling and dealing Peckham family have dominated the comedy television scene, and in turn have defined British culture. Regularly topping polls for the best sitcom, Only Fools and Horses has truly engrained itself into the hearts and homes of the nation. 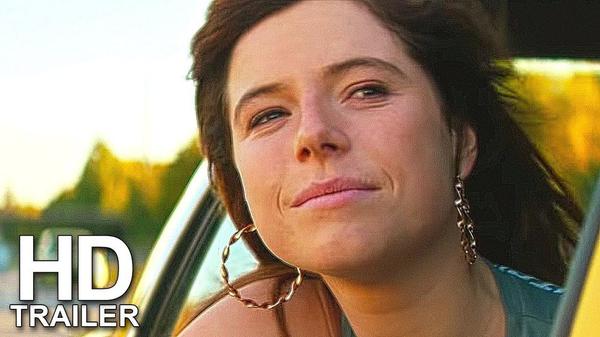 Wild Rose: the importance of belief...

As jailbird Rose-Lynn Harlan (Jessie Buckley) bursts onto the screen, teasing prison officers and joshing with her fellow inmates, her quick wit, wild hair and thick Glaswegian accent precede her. The aspiring country (and not Western) singer is being released from Her Majesty’s pleasure and is determined to make a name for herself in the ~definitive~ music capital of the world that launched the careers of Dolly Parton, Shania Twain, and, erm… Billy Ray Cyrus. 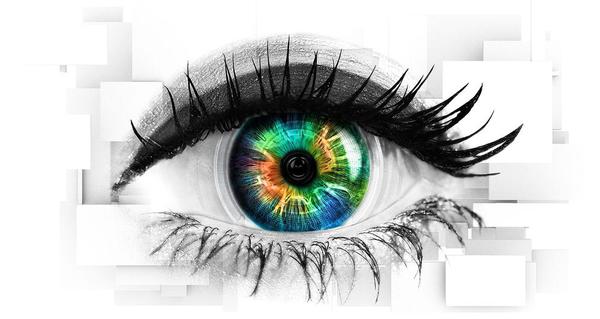 Big Brother: live on our screens since 2000. Please do not disappear...

The era-defining reality TV show is rumoured to be coming to an end, and has a history as colourful as its ever-changing logo… With franchises in over 54 countries, there is no denying that reality game show Big Brother holds the monopoly on 21st Century entertainment. 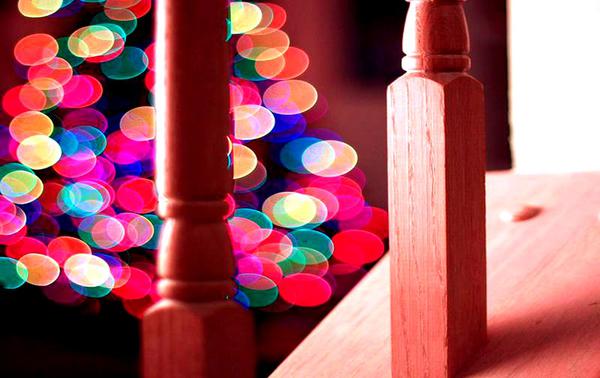 The greatest gift of all... Christmas television

Among the turkey and tinsel, the gifts and the endless supply of chocolate, lies the true shining star of the holiday season – the perfectly-wrapped present that is Christmas television. Whether on 25th December festive programming takes centre-stage, or hums unassumingly in the background, the TV is undeniably as part of Christmas as novelty pop songs and cheesy cracker jokes. 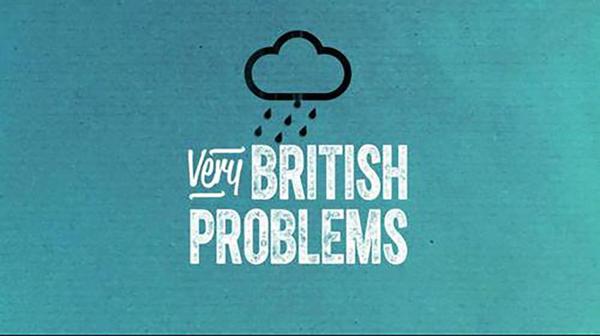 Being British is great, isn't it? We may be a tiny nation, but we are full to the brim with mind-boggling accents, deliciously bland cuisine, and often-infuriating sporting representatives. But what are the very best things about being a Brit? 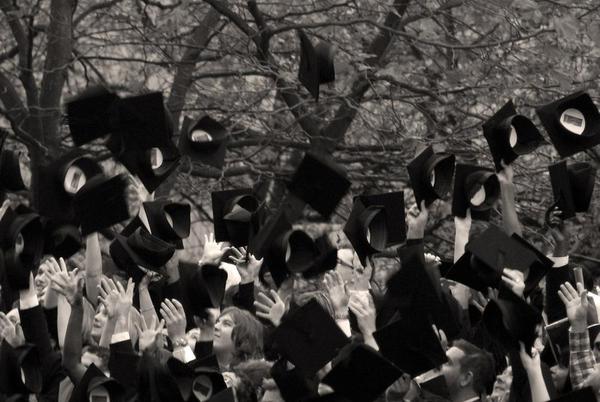 In 2017, it is hard to imagine a Western world where half of the population is denied a chance of attending university. Yet, despite a long history of higher education – Oxford itself is over 700 years old – women were forbidden from gaining degrees until the 19th century. Enter Catherine Brewer, the feminist icon you’ve never heard of. 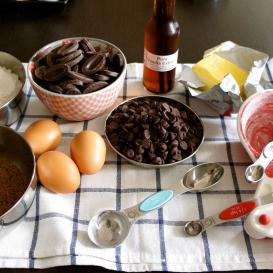 Why does baking still have a feminine stigma?

Thanks to a certain amateur baking programme, millions of people across the nation are donning their aprons and whisking up a storm. Founder of the Clandestine Cake Club (CCC) Lynn Hill attributes her club’s success to the inclusivity of the show: “You can imagine that baking a whole cake and having to eat it yourself can be a bit daunting, so I think people like having an outlet for their baking.” 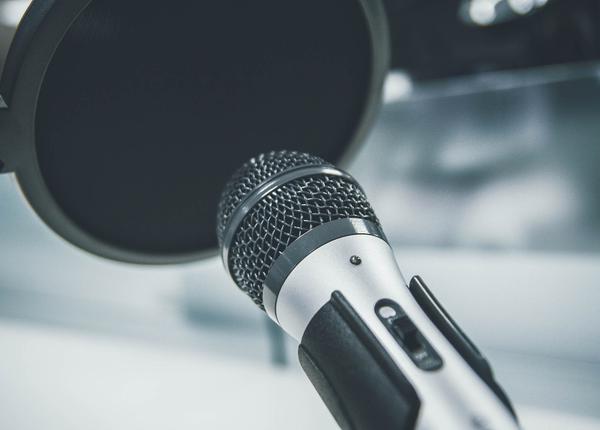 Talking to Robert Elms about The Way We Wore: A Life in Threads

An esteemed writer and broadcaster, Robert Elms has lived a colourful life to say the least. Now the presenter of a successful daytime slot on BBC London 94.9, he has an impressive CV. He became a columnist for The Face and NME in the 1980s and went on to work for Channel 4 in the 1990s before finding his niche as a writer.
Load More Articles
Close ✕